"Who would not want to pay a bit of tribute to this group? Who doesn't owe them a debt?" -Paul Marion, Reimagine Music, Looking Through You

6 July, 1957, a day that shook a nation, redefining the word "Music". A day when two teenage boys casually met and without even knowing it, would go on to revolutionize the world. In five short years, these two boys joined with two others creating a smart suit, witty act of long haired men, screaming fans, and it wasn't long until their name, The Beatles, became known.

Since The Beatles first number one single, "Love Me Do", debuted in 1963, the bands songs have been heard numerous of times through the vocal talents of others who have walked, or are still walking before us. People like the great Frank Sinatra, Bob Dylan, Aerosmith, even Alvin and the Chipmunks... Many albums and releases have been produced paying homage to the great Fab Four, but none has been taken to the heights as Reimagine Music, a record label where re-envisioning the music that started it all in the eyes of young musicians from all genres, has with their new release of Looking Through You, Tomorrow Never Knows, and Goodbye My Love;

"These are not cover versions of sonic gems. This is not cover. This is uncovering. Discovering... This recording is musical news that will stick around." - Paul Marion. Reimagine Music ,Looking Through You

Jim Sampas, Producer and founder of the independent label preaches the idea of how important the music produced at Reimagine Music, allow a "fresh perspective" with its "youthful approach", with the release of these three albums; Looking Through You; A 50th Anniversary Tribute to The Beatles' Rubber Soul, Tomorrow Never Knows; A 50th Anniversary Tribute to The Beatles' Revolver, and Frankie Siragusa Plays: Goodbye My Love - Lost Songs of The Beatles Covered and Rediscovered Sampas statement rings true as promised with help from the younger generation and their salute to these Beatles favorites. 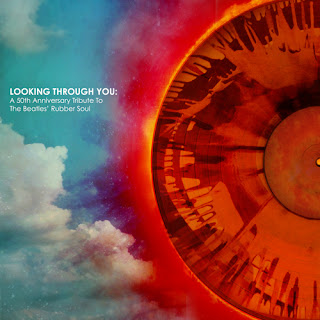 Let's start at the beginning, 1965, Rubber Soul. An album that introduced new instruments such as the sitar, new vocal dynamics with the witty "Tit- Tit- Tit", and lyrics that bring back memories for those long time listeners as well as The Beatles themselves with an Elvis tribute in "Run For Your Life" and Lennon's "In My Life". in Looking Through You artist like; Woodpigeon,  The Daydream Club, So Many Wizards, Bobadil, and more, create a sensational version of the iconic, rejuvenating album. The following is the track listing;

Now for all you die hard Beatles fans, which album was released after Rubber Soul? Revolver. Not only has Reimagine Music created a pristine, fresh take on the 1966 classic, but they have also figured out away to see Revolver in a different, unique way with Tomorrow Never Knows; A 50th Anniversary Tribute to The Beatles' Revolver.

Revolver, released in 1967, showed how the band had matured throughout the years. Rubber Soul may of been called the "Growing up album" by the group, but their maturity and adulthood really struck as they took on songs about the Taxman, LSD trips, Relationships, and more in depth with cultural sounds. Thanks to Producer Jim Sampas and his team, the album is once again thriving with new sounds, looks, takes, and life... not that the album have ever died.

Reimagine Music has taken the album to a new height with artists such as The Owls, Nellie McKay, Brian Wright, Tapes 'n Tapes, and many other growing artist.  Take a look at the Track list; 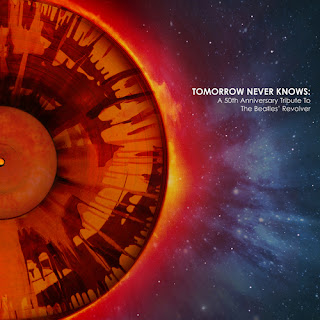 Not only has Reimagine Music, Reimagined these classic albums but have gone above and beyond in releasing Frankie Siragusa Plays: Goodbye My Love - Lost Songs of The Beatles Covered and Rediscovered. 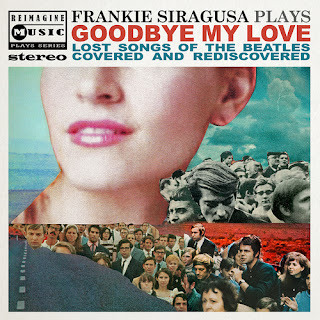 All of these tributes can be found {and I quote ReimagineMusic.com }

"...Everywhere digital music is sold!"
This means you can Preview and purchase on iTunes and Amazon.

As George Harrison once said,

"That's what life's all about isn't it? You have to change."